The Motorola moto g100 surprised me in some way. The look and design are typical of a mid-range Motorola – heavy, rectangular, with a fingerprint reader on the side and a rectangular island with cameras. However, it has two big advantages: an ingenious flash with a macro camera and the ability to work like a desktop thanks to the Ready Now system.

The first impression out of the box was similar to the Motorola moto g 5G and similar models: tough. Motorola made me a huge phone again and it wasn’t saved by the beautiful color of the back. I associate using it with a helicopter more than using a phone. Colors save it a little, because the combination of purple and turquoise is one of my favorites. As a result, the Motorola moto g100 fits into a large part of my wardrobe. The kit includes a silicone case that tries to maintain this color, at least until it turns yellow with age.

The Motorola moto g100 is definitely a phone for people who like cinematic (i.e. portrait) screen dimensions. A 6.7-inch IPS LCD panel is installed here. Everything is big (168 x 74 x 9.7mm, 207g) and far from the slim competitors from China. However, it is held upright, and the right thumb lands immediately on the fingerprint reader, which also acts as a switch and supports a few simple gestures. Double-clicking this button can launch a popup with shortcuts to selected apps or the camera. Above there is a volume control, and on the other side is an additional button that can be used to launch the Google Assistant (I did not find the possibility to change its operation in the phone settings). One of the microphones is located at the top, and at the bottom is another microphone, charging jack, speaker grille and headphone jack. In this regard, the Motorola g series does not disappoint.

The cameras are interesting, because the Motorola moto g100 has two selfie cameras and an island with four “eyes” on the back. There are three cameras, a proximity sensor under the flash, and a third microphone. It is worth taking a closer look at this unit, because one of the rings around the camera is a circular flash. This provides entirely new possibilities for illuminating macro images. Motorola also boasts almost magical audio recording capabilities. Apparently, it is possible to record in a way that allows you to hear the object being recorded and cut out the surroundings. Motorola likes to present this feature as ideal for live recording, but I have mixed feelings about it. You can read more about it in the chapter on movies and photos. 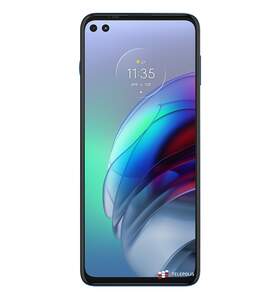 When it comes to computing power, that’s okay. We have a decent one at our disposal Snapdragon 870 5GWhich works very well with the most demanding tasks, including booting up your desktop by Motorola Ready For. That’s why I got the Motorola Moto G100 8 GB RAM and 128 GB data space. With 5G connectivity available, I can comfortably use files in the cloud. However, if the Motorola moto g100 is a portable entertainment center, it will not be difficult to fill all the memory and you will have to access a microSD card. Luckily there’s room for that, I also got a USB-C to HDMI cable in the kit, which allows me to charge the phone while working in standby.

Scroll down to the next entry