Xbox is 20 years old and Microsoft celebrates hardware with a new design: A Xbox Wireless Controller And a special edition of xbox stereo headphones Available now. You can order both here.

In 2001, Microsoft entered the console sector with Xbox. After 20 years, the company is firmly established with the Xbox Series X and S along with Sony’s PS5 and Nintendo Switch and so it has reason to celebrate. To celebrate the anniversary, two new accessories were released on November 15.

subordinate Xbox 20th Anniversary Special Edition Controller In semi-transparent black with green accents it allows unique insights into the interior. The wireless gamepad works on Xbox Series X, Xbox Series S, Xbox One, PC, Android and iOS, costs €64.99 RRP and can be ordered now – on the Xbox Store or in amazon.

The 20th Anniversary Xbox Stereo Headset is a popular Xbox stereo headset variant and is also in translucent black with Xbox green accents. It can be connected by cable to any device with a 3.5mm headphone jack, costs €64.99 and is included in Xbox Store Available.

Anniversary consoles join a whole host of other special editions Xbox Series X and accessories. Microsoft recently introduced a special limited edition of the coveted “Halo” design console plus one Xbox Elite Wireless 2 controller in the iconic design of Master Chief as well as Colorful game board for “Forza Horizon 5”. 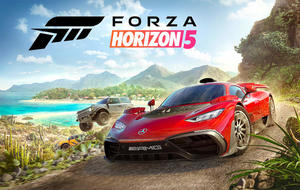