The third wave of viruses hit Thailand hard. On Friday, 9,276 new infections were recorded in one day, and 72 deaths. To beat the spread of infection, a curfew will be imposed from Monday between 21 pm and 4 am in Bangkok and the provinces adjacent to the capital. People are encouraged to work remotely and non-essential travel is prohibited.

The new restrictions will come at the same time that Thailand plans to reopen its doors to tourism.

Overcrowded healthcare in Indonesia received help from neighboring Singapore on Friday in the form of oxygen, respirators and protective equipment. The island nation is facing its worst spread of the virus to date, driven by the delta variable, with hundreds of new deaths and tens of thousands of people infected each day. Next week, restrictions will be tightened in 15 cities, public and commercial buildings will be closed and remote work will be mandatory.

In Vietnam, the financial center of Ho Chi Minh City was closed on Friday for the next two weeks. Despite previous travel restrictions, the spread of infection is increasing.

People are now prohibited from leaving the house for anything other than absolutely necessary – to buy food and medicine or in case of emergency. Police guard city limits and negative COVID test required for entry.

Also in Myanmar, Malaysia and Cambodia, the number of infections and deaths is rising at an alarming rate. Health experts fear testing in densely populated countries such as the Philippines and Indonesia would also mask the true scale of the outbreak in the region. In Myanmar, the testing system has completely collapsed since the military coup in February.

Southeast Asia has largely relied on the Chinese Sinovac vaccine, and that’s not enough, says epidemiologist Dickie Bodman of Griffith University in Australia. 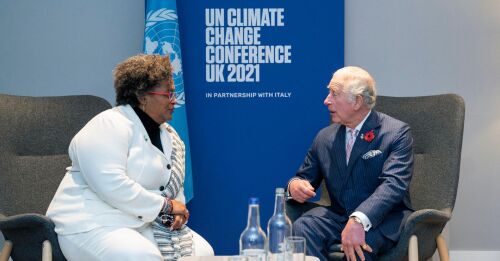 Barbados rejects the Queen in front of the Crown Prince