Information released about the ASUSA graphics card for cryptocurrency miners to the network. As Videcardz reveals, it is GeForce GTX 1660 SUPER DUAL EVOBut in a modified version. First of all, the system has no outputs for connecting the screen and there is no opportunity to display the image, which is not surprising given the purpose of the graphics that standard users, including gamers, are not supposed to use. . CMP 30HX from ASUSA It features a dual-fan design, and it’s too thick for the card targeting cryptocurrency miners. As for the specifications, the described model is based on the Turing TU116-100 GPU, has a base clock of 1530 MHz (1785 MHz in boost mode) and 6 GB VRAM GDDR6 at 14 Gbit / s.

ASUS CMP 30HX is a cryptocurrency graphics card that will debut in a month with a price of $ 799.

In general, the parameters are the same as on the standard GeForce GTX 1660 SUPER. The card is supplied with a 24 cm long 8-pin power connector. Interestingly, although it was a system for miners, there was also ARGB illumination. The ASUS CMP 30HX mining card will debut in May 2021, with a price of $ 799. Producers often decide to issue offers to miners. Another is Gigabyte, which unveiled the CMP 30HX. There are no differences to the base watches here, because the whole thing is also based on the GeForce GTX 1660 SUPER. So we get 6GB video RAM at 14Gbps. 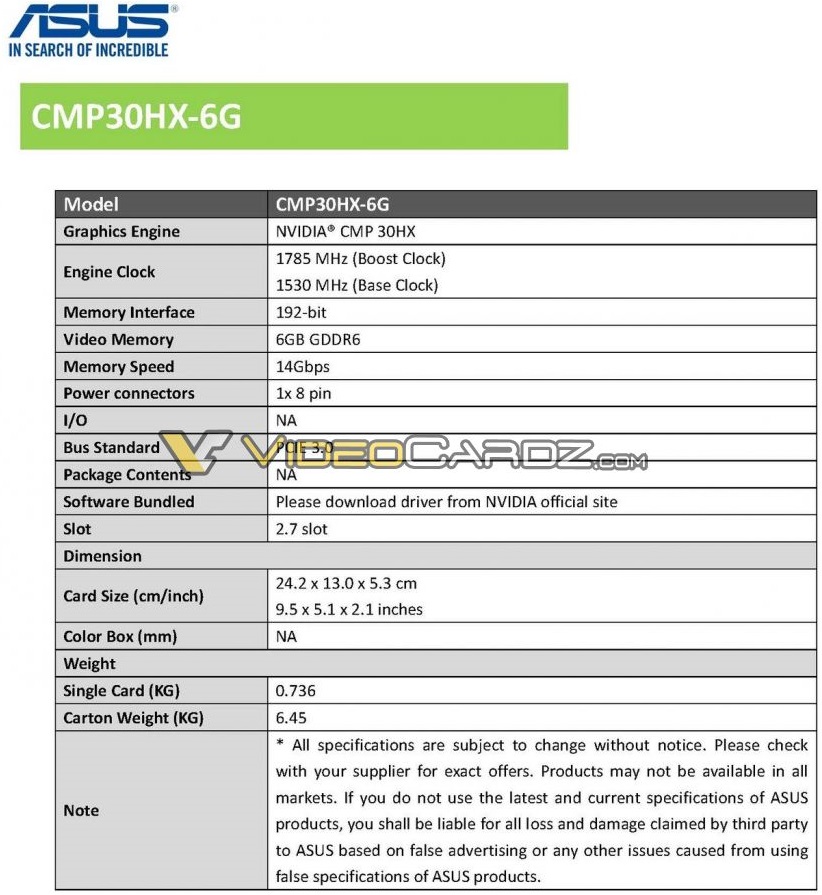 Tech companies are trying to grapple with the problem of the graphics card market and not only prepare chips for miners, but also bring old GPUs back to life. These examples are, among other things, the GeForce GTX 1050 Ti is the GT 1030. There is also speculation about producing a new batch of GTX 1080, which would flood the shelves again, which, according to the plan, would give more breaths to the industry, but is it As well? Enough?

See also  Xiaomi Redmi K50 Ultra is already sure. It looks so good