Qualifying 5 hours before the race allowed Eric Almirola (Stuart Haas Racing), who has been struggling since the start of the season, to advance.

When the package is released, the inevitable Kyle Larson (Hendrick Motorsports) is in control of the race. Ryan Blaney (Team Penske) first victim of a pre-start chassis problem will see his ordeal start to finish the race in the wall at 55e lap due to brake failure.

The massive blow will end due to brake failure Tweet embedday.

Walking to the safety car in Tweet embed. pic.twitter.com/9xJQ6KA19E

Against the race track, the first part goes back to Chase Elliott (Hendrick Motorsports) who makes a great shot by skipping the final pit lane.

Larson resumes his run forward from the start of the second stage but history appears to be repeating itself when Cole Caster (Stuart Haas Racing) raised the yellow flag 10 laps ago. Larson enters the pits and leaves behind Rookie Chase Briscoe (Stewart –Haas Racing). However, he did not fall into the trap again and won the twelfth part of the season.

The binary frame stopped at number 5 for just a moment. Tweet embed Back to the fore! pic.twitter.com/RhIEi0OqZC

On this highly abrasive concrete track, particularly demanding on brakes and tires, Kyle Larson will make a final show on the edge of perfection while maintaining his winning share against Ross Chastain (Chip Janassi Racing) who signs his career best result in taking second place. 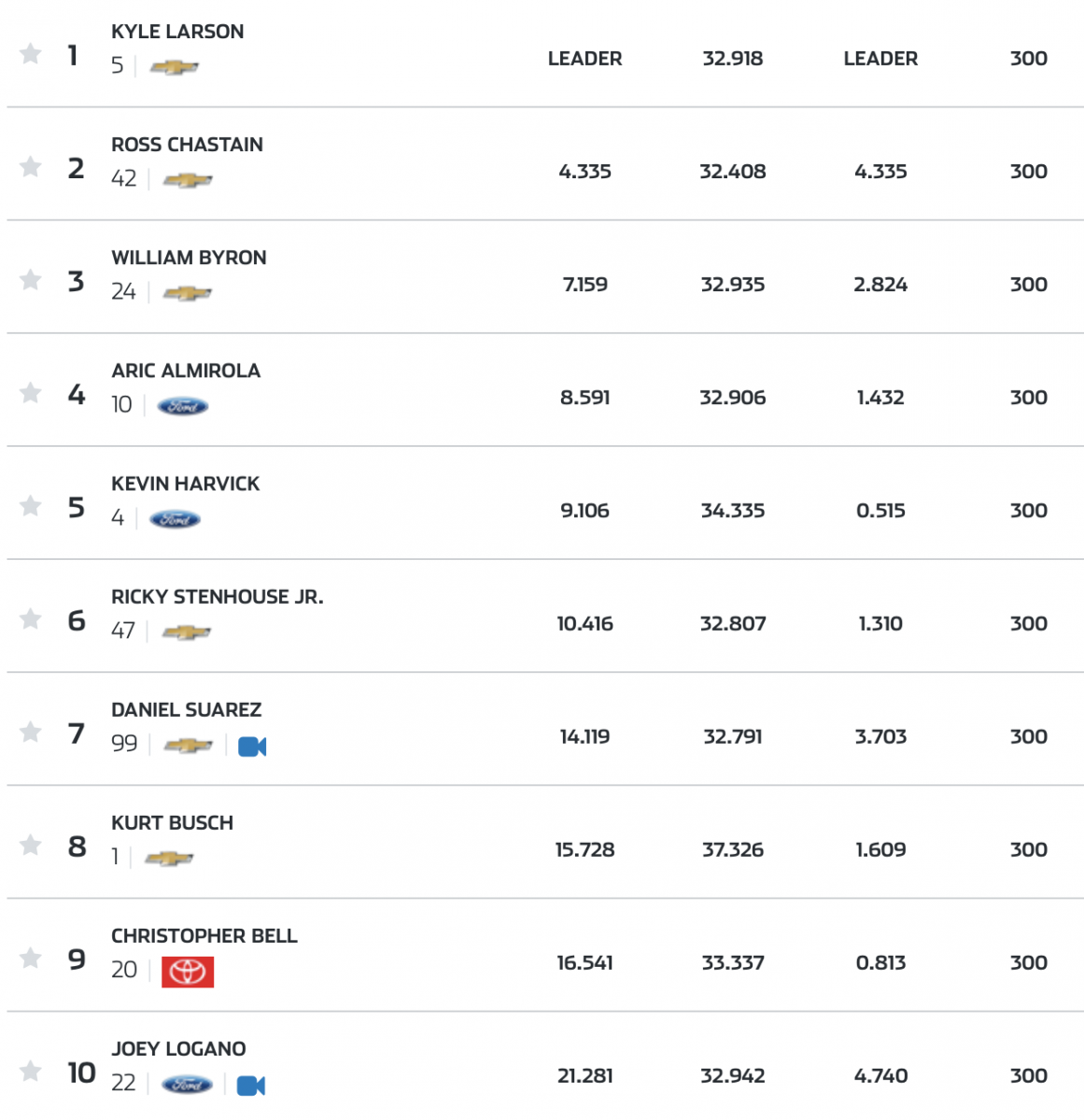 Next weekend, a double dose of NASCAR will be contested with two races on Saturday and Sunday on the Pocono Triple Oval.

Clear. Tyson Fury reveals who will be his opponent