This time, everyone can see that Apple Music brings a quality revolution. Some people already view the ad, others can confirm it by looking at the Apple Music icon in the web version.

Get ready – the music will change forever

For some users, this logo appears on the Apple Music “Browse” tab. It accompanies an animation with the spatial Apple Music logo, which, according to Mac Rumors, suggests spatial music formats.

It turns out that not only does the music come in higher quality and loss-free, but also in the spatial formats. This is confirmed by checking the code for the current version from the Apple Music website. 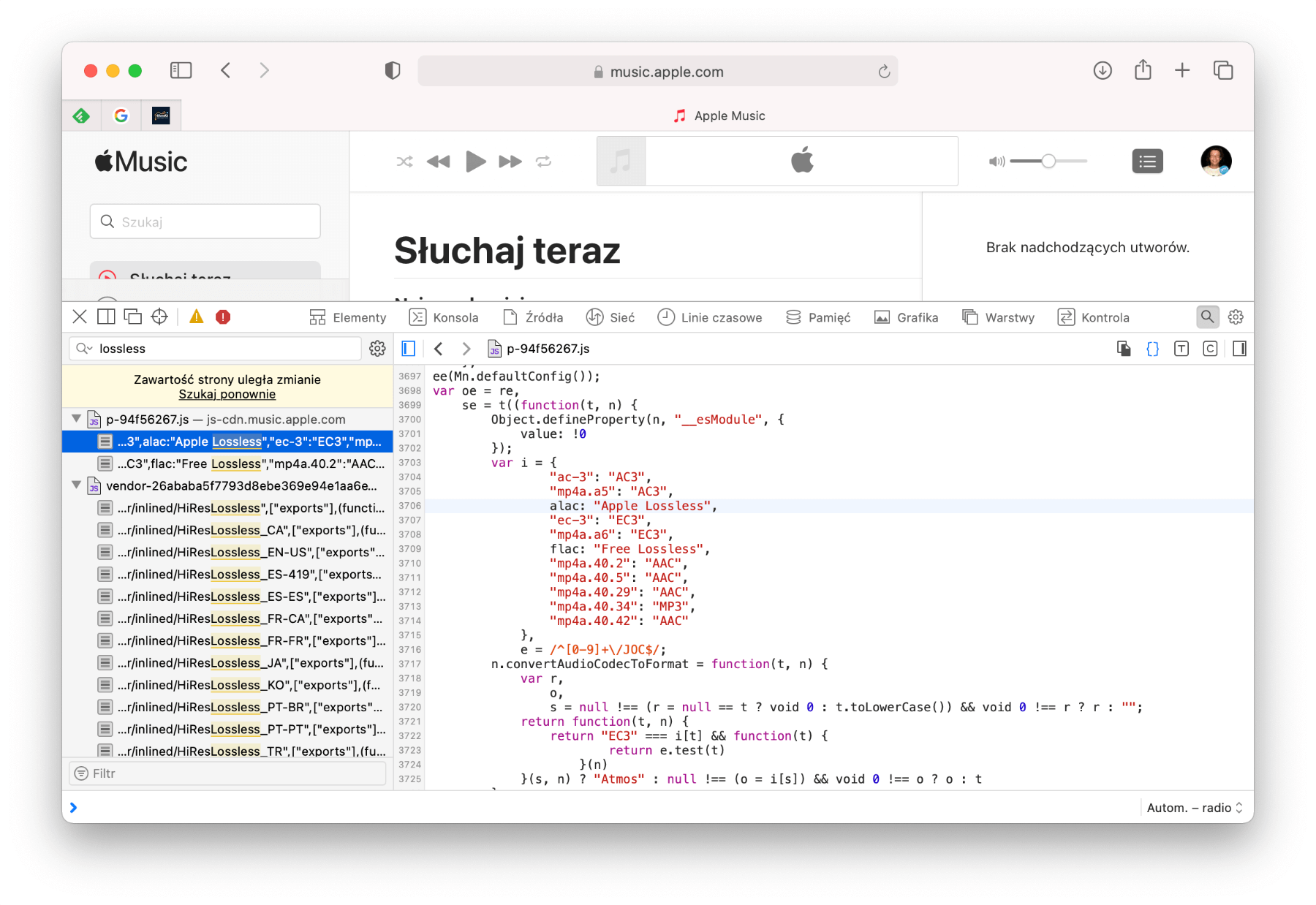 I found lists of music streaming formats. AAC files are already known in many versions, MP3 and ALAC, This is “Apple LosslessHe noted: FLAC Described as “Lossless“.

We know from other sources that non-missing formats should offer 24-bit quality in 48 and 192kHz samples. The latter is considered “hi-res”. We learned about it from the warnings in the Android beta of Apple Music. Apple warns of an increased amount of data sent and the required memory space for a smartphone necessary to store lossless high-quality music.

Spatial audio, which is expected to appear soon in Apple Music and leaks about the appearance of the new generation of AirPods for several months, may suggest that the new version of Apple headphones will support the same surround sound as AirPods Pro and Max.

The new quality in Apple Music and the premiere of AirPods 3 will be announced, according to some sources, tomorrow. However, without support for the generic (final) version of the system, it might be difficult. Likewise, John Prosser, a well-known “leaker”, denied a movie premieres tomorrow.

Fortunately, the advertisement in Apple Music and the spreading effects in Apple players ensure that within a maximum of days or two weeks Apple Music will change for the better!