With an amazing trailer, DICE and Electronic Arts have announced the day the open beta of their next video game will go live.

Just over a month after the official launch of Battlefield 2042And electronic arts y dice Confirm the date that open beta, which will be implemented on all platforms and will allow users to battle and test every detail of their gameplay. Then, we tell you when you startAnd What content do you bring and amazing ad trailer.

When does Battlefield 2042 open beta start?

finally, EA and DICE confirmed the start date of the open beta. The scheduled start date will be next October 8 on all platforms and will be available for 24 hours, i.e. It will expire on the 9th of the same month. We can start the download from October 5, although we will have to wait until the exact date to start playing.

those Users who have subscribed to EA Play or pre-ordered the game Previously they would have early access to Battlefield 2042 Open Beta. During the 6th and 7th of October, all those who meet these requirements will have the possibility to immerse themselves in this amazing adventure. 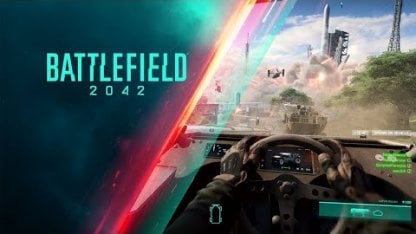 What is included in Battlefield 2042 Open Beta?

It will be an experience Invade, which will be held in orbital map. It will include battles of 128 players (on PS5, Xbox Series X | S and PC) and 64 players who will have to fight for control of the main objectives.

On the other hand, There will be 4 specialists available: Webster MacKay, Maria Falk, Petor “Boris” Guskowski and Wikus “Casper” Van Daley. All progress we make with them will be restarted once the full game is released.