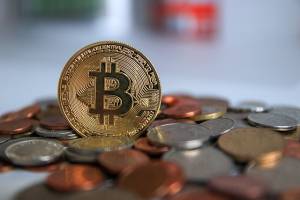 Analytics firm Glassnode revealed that the supply of bitcoin on crypto exchanges has been in a continuous downtrend since early 2020 as many users started withdrawing BTC at an astonishing pace.

Bitcoin must face the problem of diminishing supply

Glassnode informed its 368,300 Twitter followers that 617,000 bitcoins, currently worth $37.97 billion, have moved from cryptocurrency exchanges within 20 months.

– The balance of bitcoin held on exchanges continued to decline this week. Balances dropped to 2.47 million BTC, back to levels last seen in August 2018. As of February 2020, the average outflow rate was 30,850 BTC per month. Glassnode Books.

Glassnode is also keeping a close eye on the measure of change in Bitcoin exchange net position, which tracks the 30-day change in the supply of BTC held in cryptocurrency exchange wallets. According to the company, the outflows continued throughout 2021, with the exception of May, June and July.

Looking at long-term holders of cryptocurrencies (also known as LTHs, or long-term holders) or entities that have kept BTC dormant for at least five months, the cryptocurrency analytics firm claims that the aforementioned group of investors has accumulated bitcoins over the past seven months with a total value of $148.95 billion.

See also  Unlock the future of the MAN Factory in Steyr

– During the extraordinary accumulation period since March, LTH added 2.42 million bitcoins to its wallets – We read at the end of the Glassnode report.

The author also recommends the following: