Netia’s EBITDA in the first half of the year amounted to PLN 223.5 million and was at a similar level to that of the previous year.

The company’s net profit in the first half of 2021 decreased to PLN 25.8 million, compared to PLN 28.1 million last year.

67 percent of Netia services are in its own network

The debt with accrued interest, calculated on the basis of the value of loans and borrowings as on June 30, 2021, amounted to 335 million PLN (the same as the previous year). 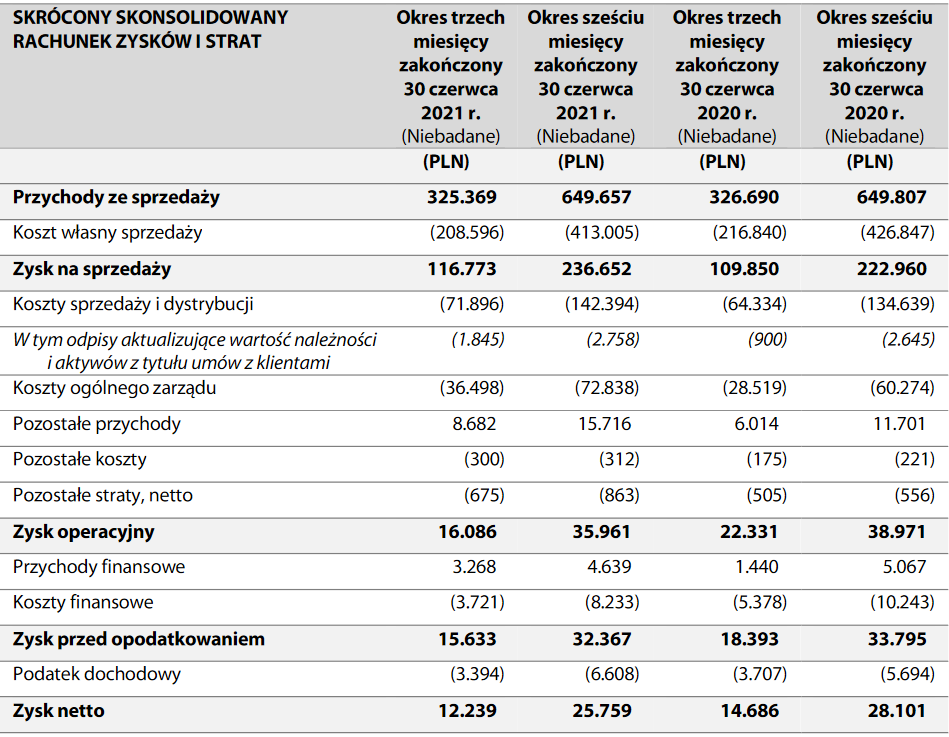 At the end of July, Cyfrowy Polsat announced a compulsory purchase from minority shareholders of all Netia shares at 7 PLN per share. Since then, the company’s shares are no longer listed on the Warsaw Stock Exchange.