In 2017, Dutch developer Guerilla Games was a real hit for Sony’s PlayStation 4 game with Horizon Zero Dawn. In this role-playing game, players as protagonist Aloy are allowed to fight robots inspired by animals and dinosaurs. The successor, Horizon Forbidden West, should appear this year. In the case of live broadcasts, Sony showed scenes from the PS5 release for the first time.

Journey to the Forbidden West

The approximately 14-minute video shows a coherent gameplay sequence from the game in which Aloy searches for her kidnapped friend Erend and initially wanders through an idyllic forest and coastal area. After the heroine is suddenly involved in a battle with a partially mounted Robo Raptor, she has to flee, but after several fights she can find her friend. Before he is rescued, Aloy must first conquer a giant robot.

In addition to some melee weapons and long range weapons, the video also shows various pieces of equipment that Aloy can use in the game. This includes a hook with which a fighter can quickly get away from dangerous situations or explore inaccessible places. Thanks to the diving gear, it can also stay underwater for a long time and land safely from a higher altitude with a glider.

On the horizon, the West is forbidden … 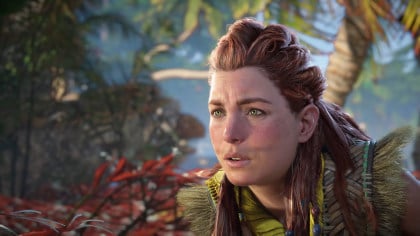 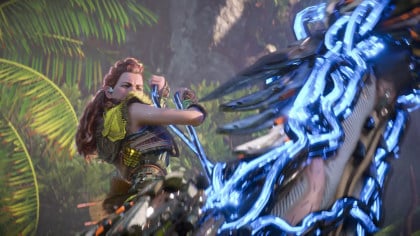 An adventure for PS4 and PS5 players

In terms of substance, the story of Horizon Forbidden West is six months after its predecessor. Aloy travels west in the game to investigate the origins of a dangerous pandemic.

Horizon Forbidden West is due to air on Playstation 4 and PlayStation 5 later this year. Sony has yet to set an exact date. PC players also need to be patient, as the game has yet to be announced for their platform. After Horizon Zero Dawn was released for PC a few months ago, it’s very likely that there’s also a PC port here, at least at a later time.