MediaTek has revealed two new mid-range processors – Helio G88 and Helio G96 that use modern resolutions in their cameras and support 90/120Hz displays.

Treatments MediaTek Helio G88 and Helio G96 They came on the scene as 4G systems for mid-sized folks – MediaTek didn’t build a 5G modem in them, perhaps assuming they already had several in their portfolio and interested producers would find them easily.

Instead of 5G, support for cameras and screens has been modified. Needless to say, Xiaomi is the most interested in these components in its media, as well as in realme. Both companies may be interested in using chips.

More expensive Helio G 96 It is the successor to the popular – and very powerful – Helio G95 with one drawback. MediaTek has been applied worst graphic layout Mali-G57 MC2 instead of Mali-G76 MC4, since the performance in games will be weaker. However, compensation lurks in the rest of the specs.

support for 120Hz screens with FHD + resolutionWhere previously it was only 90Hz, support for powerful cameras has also been added 108 MP So far, the G95 supports 64MP sensors. Having a 120Hz display and 108MP camera in a single chip gives smartphone makers new marketing and technology opportunities.

The rest of the Helio G96’s specs are similar to its predecessor – Cortex-A76 cores clocked at 2.05GHz running with the Cortex-A55, the RAM is LPDDR4x, and the flash is faster UFS 2.2 this time. LTE cat was used. 13, the latest Bluetooth 5.2 and… that’s it.

Cheaper Helio G 88 We have Cortex-A75 and A55 cores, 5.1 eMMC memory and LPDDR4x RAM, which we know very well from the Helio G85. In fact, the only change is the increase in support for cameras from 48 to 64 megapixels. The rest – including the 90Hz screens in FHD+ – stayed where they were. 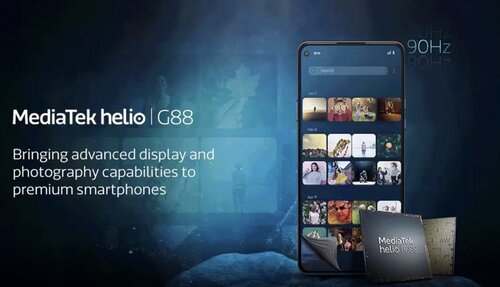 Class action against Google on behalf of Android users