Niger’s newly elected president, Mohamed Fazlum, is taking office in a tense political situation: two days before his inauguration (Friday, April 2), an armed militia attacked the presidential palace. According to official sources, there was a fire exchange with the Presidential Guard on Tuesday night from Tuesday to Wednesday, but they were able to prevent the attack. A government spokesman said several members of the military had been arrested and others were wanted.

The fact that Pasum is facing major challenges with his new government is not limited to the failed coup attempt. Since the election in mid-February, there have been several violent attacks on civilians in the triangle between Mali, Burkina Faso and Niger. Bitter balance: Total more than 300 deaths.

Moreover, Mahmoud Usmane, one of the losing candidates in the presidential election, still refuses to concede defeat. Instead, he went to court, which resulted in massive protests from his supporters. Security forces violently suppressed the protests – two were killed and several hundred were arrested.

“Pasum must have a dialogue with the opposition and now focus on developing the democratic institutions that Niger needs,” said David Sounmeno, a staff member of the Security Research Institute (ISS) in Senegal. The key is to strengthen democracy and bring about political stability. “In this way, the government can provide a consistent response to security issues that affect Niger’s citizens and undermine the country’s economic growth,” said Sounmeno D.W.

For many observers, however, the relief of the first peaceful and democratic transfer of power in Niger’s history exists. Bazum’s predecessor, party friend Mahamadoo Issoubou, resigned after ten years in power and was recently awarded the Mohd Ibrahim Prize. The military coup took place before he was elected president in 2011. 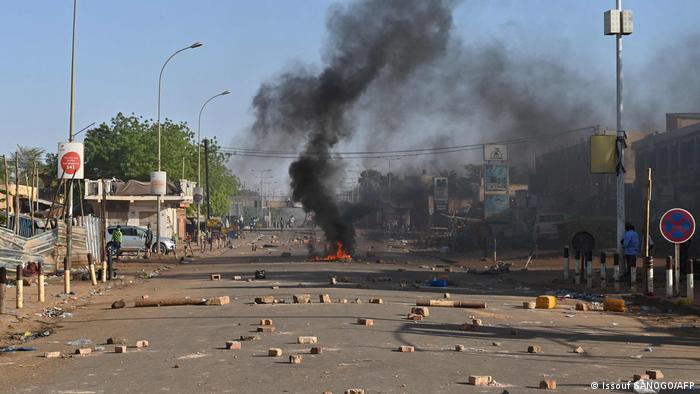 In Niamey, the capital of Niger, protests have been regular since the election results were announced

For Thomas Schiller, head of Conrad-Adinaur-Stiftung’s regional Sahel project in Mali, it is significant that President Isufo has not made himself available for a third time under the constitution. “That is why, in my view, it is necessary for the opposition to present their demonstrations in court and quietly, without exaggerating the objective of the security situation,” Schiller told DW.

Nevertheless, according to Schiller, the new government must take seriously the reservation of Niger’s very young population. “Pasoom is considered a close follower of former President Isofu, so it is a continuation of the current government.

The security situation is a central challenge

Can the new president trust the youth of the country who are at the bottom of the current United Nations Development Index? Depending on whether his government can control the dilapidated security situation. The bloody attacks on civilians in March may have been a warning in the direction of Pasum. Basum, who initially served as foreign minister and later as interior minister under ISOFO, is considered one of Niger’s previous strategic architects who relied on the regional military G5-Sahel and international aid. 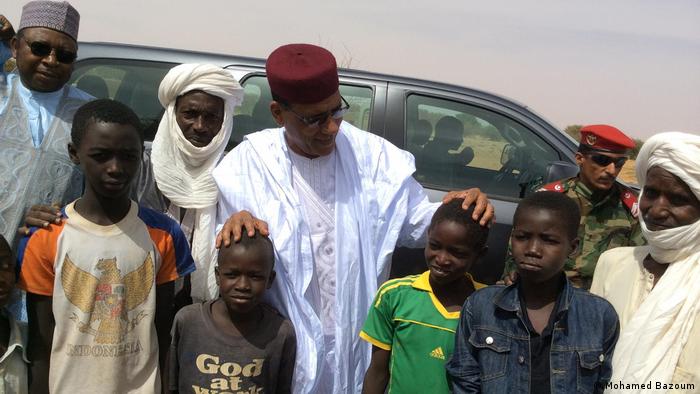 Can Mohammed Pasum convince the younger generation in Niger?

However, experts see another reason for the severe attacks: in the past terrorists attacked mainly security forces and state infrastructure, and civilians are now increasingly affected. Probably because many are taking up arms and taking action against terrorists who are now part of the Islamic State (IS).

Ibrahim Yahya Ibrahim of the International Crisis Group says, “This new development of action against local communities shows IS’s willingness to collectively punish communities that create opposition.” Armed conflicts take on such racial dimensions – because Islamists and civilian fighters belong to different groups. But the greatest violence continues from the Islamists: “There is no other armed group in the region capable of carrying out attacks of this magnitude.”

The trap of international support

So far, the government has relied on international support in the fight against terrorism – including France’s Barclays military operation, an EU mission, US bases and international security training. But that alone is not enough, says Abdoulay Sounai, an expert on religion and terrorism in West Africa at the Leibniz Center for Modern Orientation (ZMO) in Berlin. “To a certain extent, militarization may weaken the state. Firstly, it is too expensive for a country like Niger. Secondly, external support, especially from Europe and France, will one day be reduced and eventually stopped.” Instead, President Basum now needs to think about how to successfully launch a dialogue with all parties.

“Terrorism and regional conflicts must be prevented from merging with the political opposition that arose after the election,” he said. Otherwise the country threatens to go into chaos. The second big challenge for Mohamed Pasum is in the conversation with the opposition: “He must open it and look.” Gestures are now necessary, and political prisoners must be released – but in any case the first step is to take action.

See also  Do you know who the Euro 2028 organizer is? So far, UEFA has received a football offer