As we reported, Windows 11 has now been officially introduced by Microsoft. New features include a modified start menu, which comes without live tiles, but has an area with recently opened programs. Windows 11 will be released as a free upgrade to Windows 10 users in November and will come with updates until at least 2030. In addition to the start menu, there are other new features on the Windows 11 user interface.

As can be seen already in a leaked build, there’s a new Start menu in Windows 11 based on the now-defunct Windows 10X design, which is either left aligned or centered in the taskbar, along with pinned programs, recommended and recently used apps. In addition, the new start menu has a search bar so that you can search on your local computer as well as Onedrive cloud storage and on the Internet. 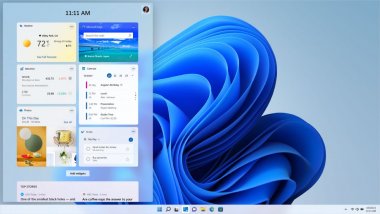 
There is a new icon in the system tray that opens the widget area. If you have a touch screen, you can open the widget area with a swipe from the left edge of the screen inward. By default, Windows gadgets like MSN’s weather report and messages are displayed here, which can be arranged as desired. However, in the future, third-party providers will also be able to design their own UI elements and offer them for download. Developers can add a donate button so that users can make a monetary donation, for example, if they like the tool and want to support the creators. In addition, Microsoft Teams is optionally integrated via an icon on the taskbar, so you can, for example, reply to messages directly without having to open the Teams app. Unfortunately, it is no longer possible to change the position of the taskbar and it will always remain at the bottom of the screen.

READ  Excel is really eSport: they're attending a tournament with a prize of $20,000

For more individual management of open program windows, Windows 11 includes new presets so you can display windows side by side or on top of each other on a single screen. Here Microsoft is apparently directing itself towards the free capabilities of Microsoft Powertoys. To be able to use the new Snap-Assist and thus be able to display three or more windows parallel to the screen, you need a screen at least 1,920 pixels wide, for example in Full HD. The window orientation automatically adapts to the screen orientation. If you use the screen horizontally, for example, the programs are automatically displayed one below the other. In addition, Windows 11 automatically remembers window sizes that are set when you close a screen in a multi-monitor setup and adjust the scaling. 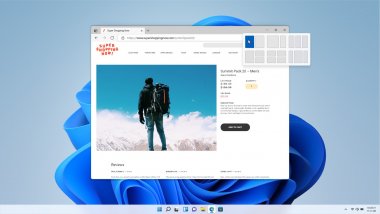 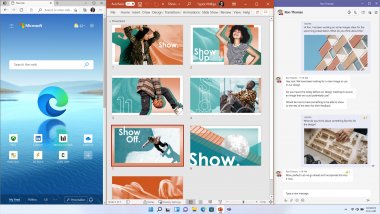 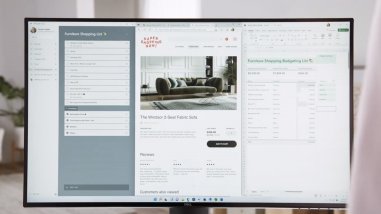 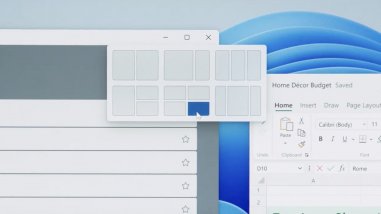 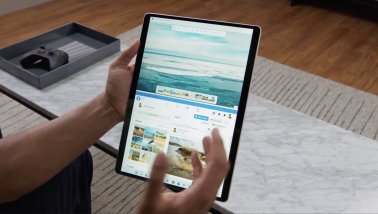 In addition to managing the new window, context menus are also given a visual review and should, for example, be better expanded. To make your PC easier for people with disabilities to use, Windows 11 has advanced accessibility settings. For example, there is a color filter that helps double the red and green, for example. In addition, the reaction area of ​​the touch controls has been enlarged so that you can easily click next to an open program window to resize with your finger.

These functions are no longer available in Windows 11

In Windows 11, you will have to say goodbye to some of the pre-built functions. Cortana’s “helpful” voice is no longer a nuisance during installation, it’s just an app. Instead of Skype with the “Meet Now” function and a contacts icon in the system tray, there will be an icon for Microsoft Teams in the future. If you don’t need Microsoft Teams, you can uninstall it and reinstall Skype. The UWP app for Microsoft Onenote will no longer be included with a fresh install of Windows 11. There are no more live tiles in Windows 11. Although there is no timeline in the upcoming Windows, the Microsoft Edge web browser and list Fresh start offers similar functionality to see which websites/applications were the last time your PC was open.

READ  Battlefield 2042: Bots are essential, but they are cannon fodder

Windows 11 no longer offers its own tablet mode; Instead, the operating system will automatically detect whether you’ve connected a physical keyboard to a computer with a touch screen and you’re using it, or if you prefer to touch the screen. With Windows 11, the taskbar can only be placed at the bottom of the screen; All other sites are no longer available for selection. In addition, it is not possible to use any programs that change the taskbar or adapt it to search bars and other things. The background image no longer syncs across different computers if you’re signed in to all computers with the same Microsoft account. In the future, no status information such as unread emails will be shown on the lock screen. The Math Entry area is no longer pre-installed and must be downloaded directly from the Microsoft Store if you want to use it. You can still use the previous Microsoft Snipping Tool, but when you start it is indicated that there is a newer version pre-installed called “Cut and Sketch”. Windows 11 users should also say goodbye to the venerable Internet Explorer, instead, there is only one IE mode in the pre-installed Microsoft Edge based on Google Chrome.

02:42
Windows 11: Microsoft presents the new operating system in the video

A bunch of new and deleted features in Windows 11:

Supports PCGH – It only takes a minute. Thank!

That is why we turn to you now. As a supporter of PCGH, you can support us so that we can continue to provide content known to us as usual for free. Every contribution, big or small, has value. Supports PC game consoles – It only takes 1 minute. 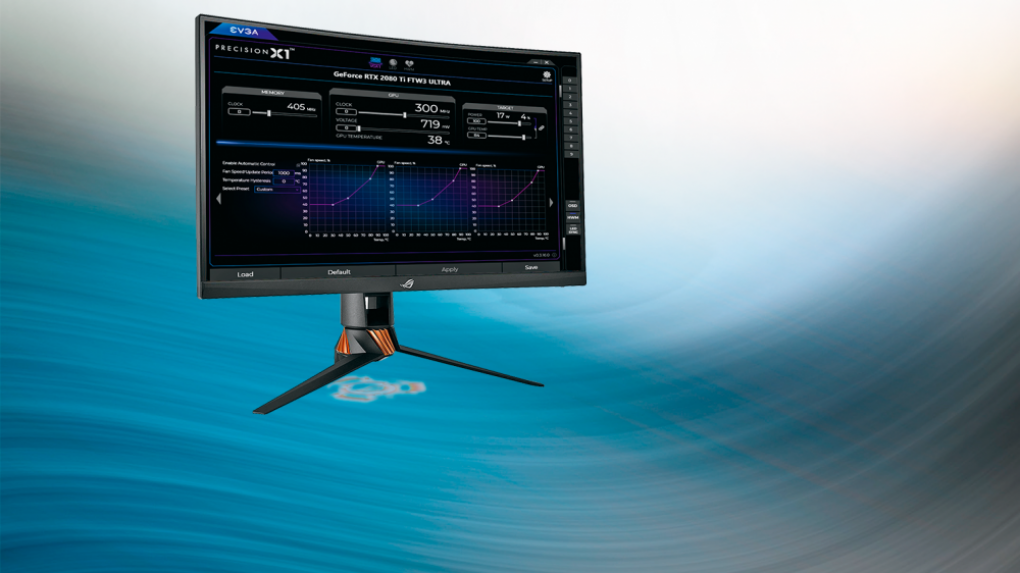 [PLUS] Indispensable tools for Windows 10: The best software for gamers

PCGH PLUS: With the right software, you can get the most out of your PC. Since each user swears by different tools, we have compiled the “Necessary Items” on the following pages. The article comes from PC Games Hardware 07/2019.
More …

The Gathering, Dungeons and Dragons are gathering now! • Eurogamer.de

Eglantine Aimee: Great fear and lively crying during the opening ceremony of the Olympic Games