The European Southern Observatory (ESO) has released a new image of the Flame Nebula, which appears to be on fire, near Orion’s eastern star, Alnitax.

Read also: NASA announced that the International Space Station will operate until 2030

The image was taken by radio waves, with the Atacama Pathfinder Experiment (APEX) operated by ESO, located on the cold Chajnantor Plateau, in the Atacama Desert (Chile).

The image, which also shows smaller nebulae such as the Horsehead Nebula, is based on observations made a few years ago by former ESO astronomer Thomas Stanke and his team. At the time they were testing a newly installed instrument in APEX, SuperCam, geared towards the Orion constellation. “As astronomers like to say, if you have a chance to try a new telescope or instrument, look at Orion: There will always be something new and fun to discover!“Stankey said in a statement.

Read also: James Webb Telescope: Get up close and personal with the new wonders we sent into space

After a few years and many observations after that, Stanke and his team’s findings have been accepted for publication in the Journal of Astronomy and Astrophysics.

One of the most famous regions in the sky, Orion is home to the closest gigantic molecular clouds to the Sun, vast cosmic bodies composed primarily of hydrogen where new stars and planets form. These clouds are located between 1,300 and 1,600 light-years away and feature the most active stellar nursery in the vicinity of the Solar System, as well as the Flame Nebula shown in this image. This “emission” nebula contains a A young star cluster at its center They emit high-energy radiation, which makes the surrounding gases glow.

In addition to the Flame Nebula and its surroundings, Stanke and his collaborators were able to enjoy a wide variety of wonderful things. Some examples include Messier 78 and NGC 2071 reflection nebulae, interstellar clouds of dust and gas believed to reflect light from nearby stars. The team even discovered a new nebula, a small object, distinguished by its almost completely circular appearance, which they named the Cow Nebula.

The observations were made as part of the ALCOHOLS Survey (APEX Large CO Heterodyne Orion Legacy Survey), which analyzed radio waves emitted by carbon monoxide (CO) found in Orion’s clouds. Using this molecule to explore large areas of the sky is the primary goal of SuperCam, as it enables the astronomical community to map the large gas clouds that are generating new stars. Contrary to what The “fire” in this picture might suggest, These clouds are actually cold, with temperatures no more than a few tens of degrees above absolute zero. 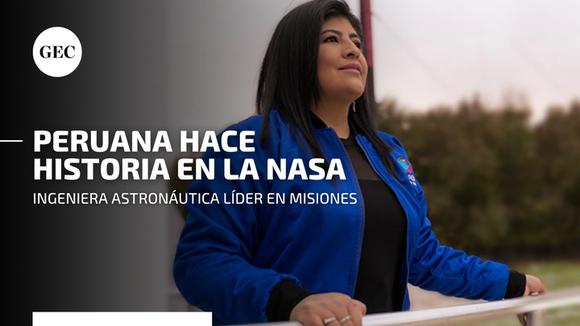 The Peruvian engineer is making history. How did you come to work at NASA? Here we tell you.


It may interest you:

What perks will be exclusive to Xbox when buying Activision Blizzard?