The historical franchise returns to its origins with a fine remastered now released in its version for the Nintendo Switch. Best? We can play a great game wherever we want.

remake of Tony Hawk Pro Skater 1 + 2, the first two titles of this popular video game series several times have been rated as the best in history in the field, and since June 25 they have been copying Nintendo Switch. Like what was introduced on other consoles months ago, this fantastic adaptation brings together the characters — obviously with Tony Hawk as the character — and the settings and mechanics of the video games launched in 1999 and 2000, respectively.

This new edition seeks to play all the time in the memory of those who spent hours upon hours with their PlayStation or Nintendo 64 practicing and improving their skills. To be able to achieve the objectives of each scenario. You can even listen to many of the songs that were in the original titles and thus complete the Time Machine experience, while adapting the gameplay to the present.

What if this is my first time watching a game like this or I don’t even remember what it was like? Did not matter. Once you get started, there is a semi-automatic tutorial for learning not only the button combination but also the technical name of each trick or skill. Obviously at first it hurts to see your character fall in a thousand ways, but the learning curve is true for both those who have never played and for those who must remember all those hours they devoted to this type of game in the 2000s, for example . 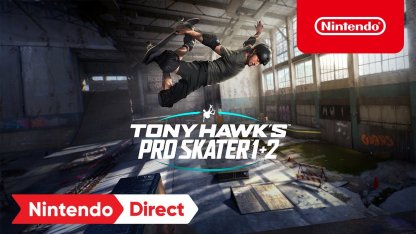 As in other deliveries, The goal is to comply with the checks suggested by the game In both the scenarios and in the menu in general, new items and other areas unlock to explore in Tony Hawk Pro Skater 1 and 2, with many surprises. If with the passing of the hours you really want to measure yourself with other skaters, you can obviously do it online and compete in who gets the most points by combining firsts, flips, and more.

In addition, there is a creation mode to create scenarios and customize with a lot of content so that our character has his own style. From clothing and shoes to our skate items.

undoubtedly The Nintendo Switch has the main advantage of being able to enjoy the full game experience from the main series of this franchise everywhere using the portable mode.. In this mode, as in other titles of this console, it performs very well and the proposal itself is very comfortable to enjoy in places if you prefer to get out of the TV and the typical chair.

By adapting to the Switch, you can see some graphical differences if we compare it to PS4 or Xbox. However, the adaptation maintains good performance and excellent playability.

And it’s not just about learning how to play, but also for integrating the concepts of the sport itself. Ideal to immerse yourself more in a discipline that in recent years has gained, for example, a presence in the Olympic Games and this certainly adds many followers to the millions who have accompanied this activity and also a way of life in recent decades.

The game is already available in the Argentina eShop and can be had for $5,148 – taxes included -; The Deluxe Edition includes additional characters, clothes, and customization items for $6,435 – including taxes -.

The Most Magical Meteor Showers Arrival in July: How to Observe the Delta Aquarids from Mexico