Settlers fans have been waiting for the remake of the series since 2010, and when Ubisoft announced it in 2018, things seemed to be heading in the right direction. It was meant to be a reboot of the series going back to its roots, and the entire project was overseen by someone who simultaneously oversaw the production of the great original from 1993. Unfortunately, at one point that title was lost in action and After a long media silence, Ubisoft finally reminded us of this production. And with a bang, he made his playable version available to the press. Personally, I was very curious about this game. Settlersi is one of my favorite series, which I was still playing on the Amiga 500, so it was fun to play this game. I also had high expectations from seven really successful ones, which in my opinion shook the Settlers formula really well.

In the version provided by Ubisoft We had a very small part of the game at our disposal, any part of the tutorial and skirmish mode, that is, fights with a human or computer enemy in 1v1 or 2v2 format. specific category). In the full version we will also receive a full campaign and an additional Skirmish mode in Skirmishes to introduce different mods to the game that affect the gameplay. And the third playable faction. 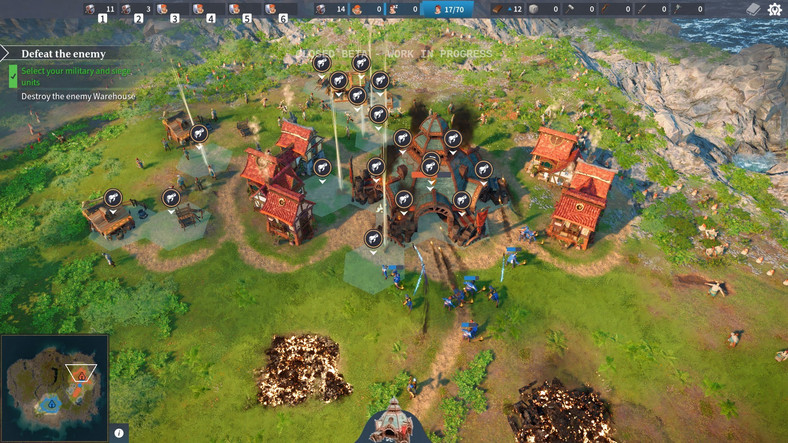 New settlers make a good first impression. Although the game’s graphics settings are blocked at a medium level, it looks really good in terms of visuals. The game seems to be optimized perfectly already – on a PC with a GeForce RTX 3060 Ti, Ryzen 2600X and 16GB of RAM, I was playing at 144fps. However, the strength of the settlers was never in the graphics, but in the very addictive gameplay. This series had something magical about it that made it possible to watch our cute little ones for hours The transportation of goods, the production of food and raw materials, the construction of subsequent structures, ensuring the maximization of individual production chains.

Unfortunately, in The Settlers, that magic has completely evaporated somewhere, a The gameplay is simply boring. I think this is largely the fault of a poorly designed skirmish situation, where practically nothing happens. For several dozen minutes of fun, only small groups of computer enemy soldiers attacked me several times, which you can easily repel with your army, received at the beginning of the game. Why does so little happen? Because to build the infrastructure, even to produce more soldiers and send them towards the enemy, you obviously need time.

And here the settlers really get back to basics. In the game, we create technological lines – from simple ones like a lumberjack and a sawmill, to more complex ones, similar to a farm, mill and bakery that provide food to miners, who in turn extract raw materials to produce weapons. The problem is that the Settlers are not an RTS like StarCraft, which has 30 seconds. There is always something going on in practice. here The game is very carefree, and I personally do not like to compete on maps in skirmish mode, Where in the first hour you can almost forget about the presence of the other player. 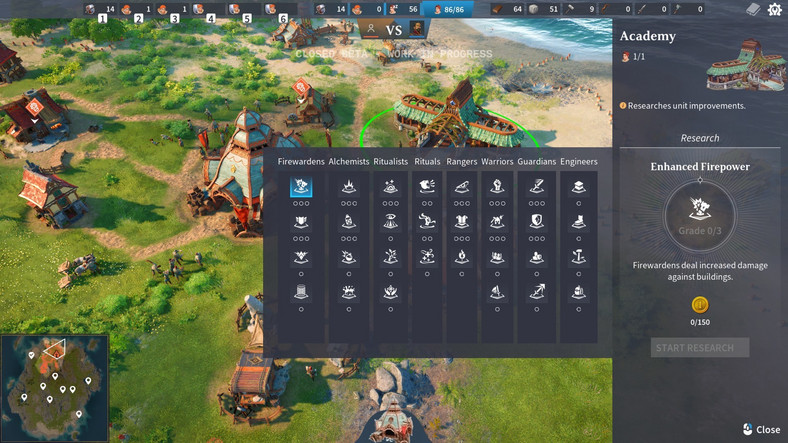 What’s worse The same pleasure from observing how our settlement operates was also lost in the event. It’s probably too early for such words, but I have the impression The Settlers’ formula might have run out a bit. Yes, you can see that the New Settlers are supposed to refer to the style of the game since 1993, but In the version that Ubisoft shared with us, I miss the depth. This may change in the final version, but so far I’m very disappointed in this regard. I did not really like the improvements to our settlement, which we can unlock for gold, because it turns out that they are mainly focused on our army. This suggests to me that the New Settlers are trying to push the brand toward PvP skirmishes, army building, and map invasions. Yes, this aspect has always been important to The Settlers, but I get the impression that a lot of emphasis is placed on it here. And personally, I don’t like it very much.

The Settlers will debut on PC on March 17th And to be honest, I dread this first show. The gameplay is quite boring, I lack depth and interesting new ideas, and I’m not sure if a great solo campaign can save it. After what I’ve seen here, I also get the impression that Ubisoft is pushing this game into the stores a bit by force and that its creators didn’t quite know what they wanted to do with the series. So the question is, is this just a bad game, or maybe in 2022 the settler formula simply ran out? Everything will appear in a few weeks, but after running this early version, I have the impression that the answer to this question may be somewhere in the middle.