What makes Earth unique? If you look out the window, you will see one thing above all: the planet is alive. To date, Earth is the only known planet on which complex evolution and complex and diverse life occur. But for this to happen, the cosmological framework must be right. Some of them are so important to our life and at the same time so unique that this prerequisite can only be observed on Earth until now.

And this brings us to the most exciting point, when the question remains what makes the Earth unique. With every breath we feel: our planet beats, breathes, lives and dies. In short, the Earth is a fairly organic place with animals and plants.

So far we don’t know of any other world that has produced such a diversity as our blue planet. Scientists constantly ask themselves whether this is the case anywhere else. Perhaps that’s why fear keeps us wondering if Earth isn’t unique, but we’re all on our own.

This is why astronomers are looking for it elsewhere. Mars appears to be an ideal candidate. Many robots have visited the Red Planet for this purpose. The latest discoveries have revealed that Mars was not interested in life.

What Mars lacks also shows what makes Earth so unique. Because, unlike our neighbors, the core of our planet is large enough to protect the atmosphere with a stable magnetic field. However, this is only one of the many factors that make our Earth as unique as it is.

It doesn’t work without them: the factors that make our world unique

In order for us as living beings to ask ourselves what makes the Earth unique, many cosmic conditions had to be met. to give. Some of these factors are so unlikely that many scientists find it difficult to imagine a second planet moving through space like Earth.

Perhaps it is every human being’s need to live in a good neighborhood. In fact, this also applies to our planet. At a distance of about 150 million kilometers from its central star, the Earth is located in the so-called habitable zone. So, the distance that separates us from the sun is sufficient because water can exist in liquid form on its surface.

In addition, the distance also determines whether or not the regularly occurring solar flares blow away from the atmosphere. This makes Earth unique in our solar system.

In addition, when our solar system was formed, the four rocky planets Mercury, Venus, Earth and Mars were created only in the interior. That the Earth is neither too big nor too small can be considered as one of those unique coincidences that make the Earth unique.

The largest planet in the solar system, gas giant Jupiter, is of great importance to Earth. All large asteroids or protoplanets that could endanger Earth are deflected by their massive gravity. Despite its distance of 664 million kilometers, the gas giant is a kind of protective shield for us.

The determining factor for the Earth is its moon. The moon fixes the axis of rotation of our planet. This avoids extreme movements of the poles, which results in stable weather and tides. Presumably, this is the only way that complex life on our planet is ever possible.

One of the most important features of our planet is the presence of a large amount of liquid water on its surface. Seas, oceans and lakes cover more than 70 percent of it. No other place in the solar system holds water on its surface. On icy moons such as Europa, it is suspected that there are at least huge amounts of water under the thick layers of ice.

When astronomers search for planets similar to Earth, they also scan potential celestial bodies for volcanoes. Shifts in the continental plates are usually indicative of a hot planetary core that is generating a sufficiently large magnetic field. This allows the planets to maintain their atmosphere.

What the Earth is only doing here is the fact that plate tectonics regulate the temperature of the planet. This means that liquid water on the surface is better preserved.

All these cosmic coincidences make our Earth unique. The sheer number of coincidences eventually turned our planet into what it is today. The location of our Moon, which is approximately the size of Mars, the distance to the Sun: all this makes the Earth unique.

Since the discovery of the first exoplanet, scientists have been trying to find a pattern for the origin of life. The Earth acts as a reference point only because we know from it that it can work.

Of the nearly 5,000 exoplanets discovered so far, none have demonstrated all of the conditions that apply to Earth. Therefore, astronomers can only speculate that the Earth is unique so far.

Do you want to read more from us? Follow us on Google News. 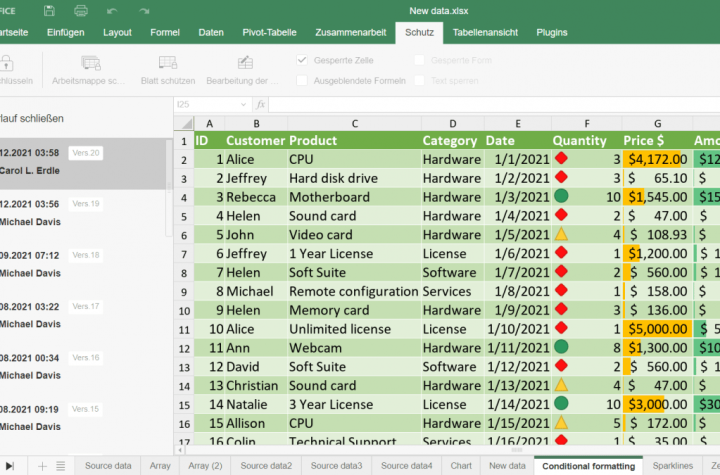