2D prequel Eiyuden Chronicle Rising will be released tonight for all consoles and PCs. You can find out what the title has to offer in the newly released launch trailer. In addition, the first test ratings arrived.

“Eiyuden Chronicle Rising” can be purchased on the PlayStation Store from 6pm. At least the launch announcement is ready for now, which will give you some insight into the game.

In addition to the launch trailer, some test reviews have already arrived. So far, these have been mostly positive and have led to Meta Points 77 Points. However, according to the current situation, only seven test reports have been submitted.

Here you can see all the available reviews listed:

Testers especially praised the successful characters, fast battles, and beautiful visuals. PlayStation Universe talks about a “great starting point” for “Eiyuden Chronicle: Hundred Heroes,” which will be released in 2023.

This is what the game is about

We are dealing with a 2D RPG that tells the prehistoric about the next main branch. Here you follow the adventure of CJ, Garoo and Isha. The three heroes go to an underground area called New Nui to rebuild it. To be successful, they have to make their way through different areas and diligently gather resources.

In terms of gameplay, each of the three characters should feel unique. They have their own weapons and abilities that give them individual advantages. In order to master challenging boss fights, you have to switch back and forth between characters. This allows to combine their abilities with each other and carry out particularly powerful attacks.

You can watch in-depth game scenes in the article linked below: 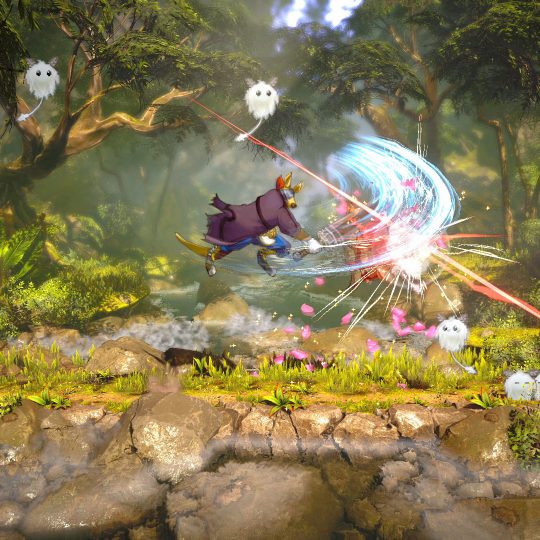 A decaying comet could release a new stream of falling star

Battle League in the trailer and gameplay. Nintendo getting ready to hit a soccer ball?