The Predator Series is revamped with three additional gaming monitor models. Manufacturer Acer recently announced this at its Next @ acer press conference. Models are the Predator CG437K S, Predator X38 S, and Predator X28. Acer announces that all three displays are Display-HDR certified by VESA (Video Electronics Standards Association) and should be aimed at casual and professional gamers alike.

The first model announced, the Predator CG437K S, has a 42.5-inch (108 cm) UHD (3840 x 2160) screen. It is also compatible with Nvidia’s G-Sync technology. Two HDMI 2.1 connections should allow the connection between the display and existing game consoles, which thanks to VRR support, can handle 4K resolutions and a refresh rate of 120Hz. The monitor also has two USB 2.0 ports, two USB 3.0 ports, and a USB Type-C port. The integrated KVM switch must allow the monitor to be connected to multiple sources. VRB response time is 1ms.

The localized dimming, maximum brightness of 1000 nits, and high contrast ratios should have a positive effect on the rendering of details, while the Delta-E rating of less than 1 and color coverage of the DCI-P3 color space of 90% is available. The gaming monitor is also equipped with RGB strips of light that can be synced to music and media.

Additionally, Acer’s Colorense and Lightsense technologies should be able to recognize ambient lighting in order to adjust screen temperature and screen brightness accordingly. Acer’s Proxisense dims the screen when the user is absent, which the motion sensor should realize. The Predator CG437K S should appear in November 2021 and will cost 1,599 euros.

17:52
G-Sync Compatible: How to enable G-Sync on compatible monitors

The Predator X38 S also includes Acer’s Colorense and Lightsense as well as Predator Gameview, which provides the user with eight pre-defined but customizable display modes. Nvidia’s G-Sync also offers an Esports mode. This display preset is used in competitions and aims to provide low latency. This model from Predator Series contains Nvidia Reflex Latency Analyzer, which can measure system latency. Additionally, screen tearing can be avoided with Nvidia’s G-Sync Ultimate and vibration or input lag can be reduced. The Predator X38 S should appear in September 2021 and be available for 2,199 euros.

The third gaming display in the group, the Predator X28, is a UHD display with a 28-inch (71.1 cm) diagonal screen and frameless design, which makes the screen appear cramped. The Agile Splendor IPS display has a 155Hz refresh rate and a 1ms response time (GtG). As with the other two models, G-Sync + Esports Mode, Reflex Latency Analyzer, Lightsense, Colorsense, and Proxisense are part of the Predator X28 repertoire.

All our readers receive free daily news, articles, guides, videos, and podcasts about their latest console and favorite games. So far we’ve funded this site mainly through ads, but since COVID-19 it’s getting harder. Many companies are reducing or reducing their advertising budgets for 2020. The budgets that we unfortunately have to rely on if we want to continue offering gaming PCs as usual for free.

That is why we turn to you now. As a supporter of PCGH, you can support us so that we can continue to offer content familiar to us as usual for free. Every contribution, big or small, counts. Supports PC game consoles – It only takes 1 minute.

Advertising: The best monitors Find out now in Alternate 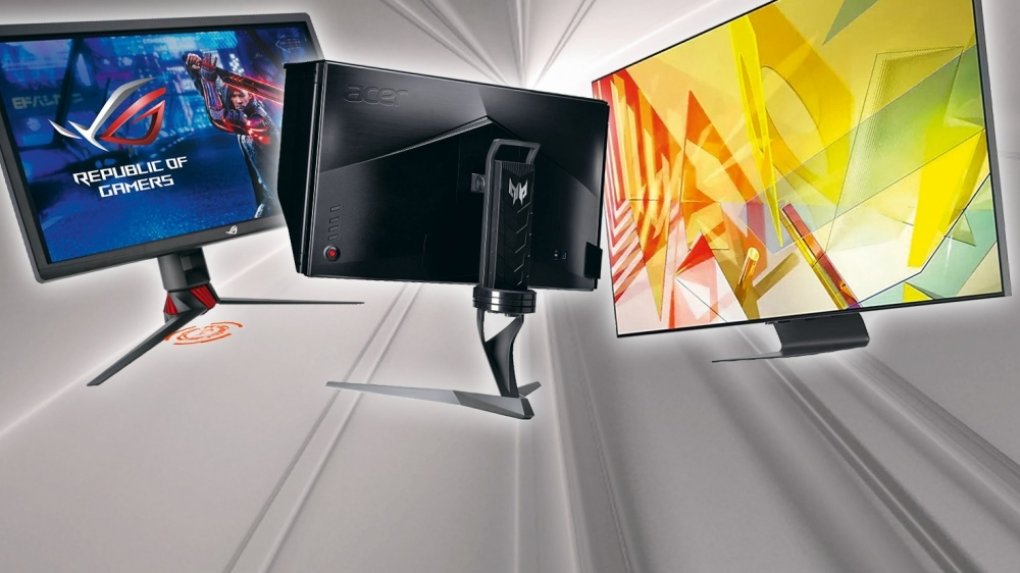 Links marked with * are affiliate links. Affiliate links are not advertisements as we are independent in the search and selection of the products offered. We receive a small commission on product sales, which we use to partially fund the free content of the site.