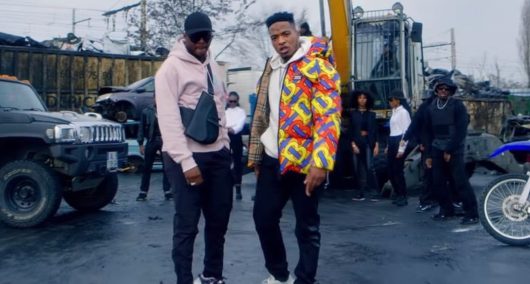 The new collaboration between Niska and Ninho is already set to be legendary! The rapper was inspired by the Squid Game series to envision the song “NI”. The artist from Evry, who is visiting this week at the Planète Rap show to promote his next music tape, has revealed an excerpt from the single produced by Noxious, the clip of which will be available from 6pm.

After the song “De bon matin” featuring Guy2Bezbar (8.5 million views on Youtube) and the track “Mapess” (3 million views), Niska is about to unveil a third clip of his mixtape “Le world is wicked”. He chose to reveal the new “NI” ahead of the project’s scheduled release on Friday, November 5th. This is already the fourth collaboration between the artists after the songs “Maman ne le sais pas” taken from “Destin”, “Méchant” from the album “Mr Sal” and “Elle a mal” excerpted from the first part of Mills’ mixtape

To make the “NI” clip, Niska decided to take over the world of the hit K-TV series available on Netflix, Squid Game, which unleashed emotions for several weeks with a record number of views on the video platform. He just submitted the first images of the video on his Twitter account to announce his upload pending the release of his songtape. A 17-track project with many guests such as Maes, Hamza, Tiakola 1PLIKÉ140 Mayo Madrane, Pepito or Liim’s.

From Negro Revue to Panthéon, How Josephine Baker “Captured the Eyes of the White Man”

Adele: How much will Netflix pay the singer for a documentary? revtli | the answers